2 Comments
Deadly Movies, Do You Remember When?

Do You Remember When.., Killer Frisbee Almost Decapitates Hired Goon in Hard Ticket to Hawaii (1987)? 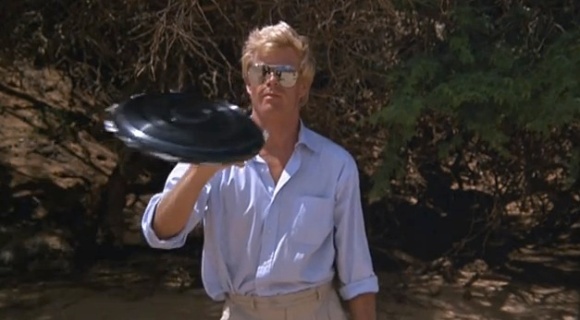 Never has the Hired Goons Union been so enraged as they were in 1987 when Ron Moss despatched one of the greatest ever named Goons ‘Shades’ (he wears sunglasses), with a razor-edged Frisbee. I mean death by Frisbee just doesn’t make for a good Goon eulogy. But that’s of no concern to this agent of ‘The Agency’ who comes up with an incredibly convoluted way to kill a man involving three frisbees, a man-bag, a Hawaiian shirt, and a tiny pair of Speedos with barely enough room for a packet of mixed nuts.  It’s got to be one of the great kills of the Andy Sidaris’s ‘L.E.T.H.A.L’ film series.  It may well be a kill that’s camper than a row of tents but it’s surprisingly gory with Shades losing his fingers before the blade-frisbee (Bladebee?) ends up embedded in his throat.  Glorious. 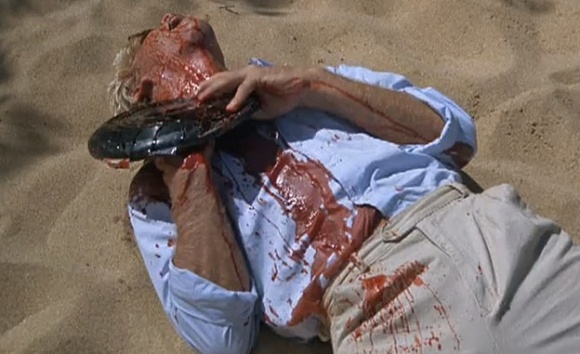 Seriously.., image being killed by this guy.., 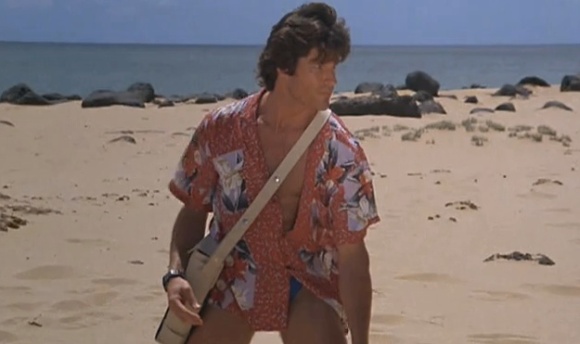