Next year – July 17 2017 to be exact – it will be the turn of Jaws The Revenge to celebrate it’s 30th birthday. It’s the last chance you have to wish a movie from the Jaws franchise many happy returns. I have a sneaky suspicion that Universal Studios won’t join in the celebrations by releasing a ‘This Time It’s Platinum – Edition’ Blu-ray, neither will TCM’s Robert Osborne deliver a gushing 15-minute monologue praising the film’s nautical nuances. No. It’ll just be us Jaws The Revenge (JTR from here on in) fans sitting on the couch with a bottle of pre-mix Pina Colada in one hand and a Tuna Hoagie in the other. END_OF_DOCUMENT_TOKEN_TO_BE_REPLACED

Do You Remember When…,

“You’re gonna need a bigger boat” may well be Jaws‘ most infamous line but who could ever forget Police Chief Brody’s ultimate zinger “That’s some bad hat Harry!“. The offending hat is a lopsided rubber swimming cap that sits unevenly atop the head of one of Amity’s leading citizens Harry Wiseman. Played by Martha’s Vineyard local Affred Wilde, one can’t help but be distracted by his wonderful old man man-boobs that have a little wobble when given a little pat dry. Fans of Harry and his man-boobs can delight in the knowledge that all three of them make a fleeting appearance in Jaws 2 (1978). Sadly the first two Jaws movies were local man Alfie’s only saunter into the world of acting. However Harry and his hat have been imortalised by Bryan Singer’s TV production company ‘Bad Hat Harry Productions‘, the logo for which features Singer, Harry, and importantly, and prominently, the man-boob twins. Deadly Movies salutes you Harry (and your famous moobs). 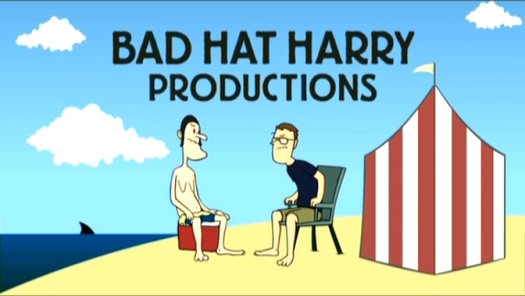